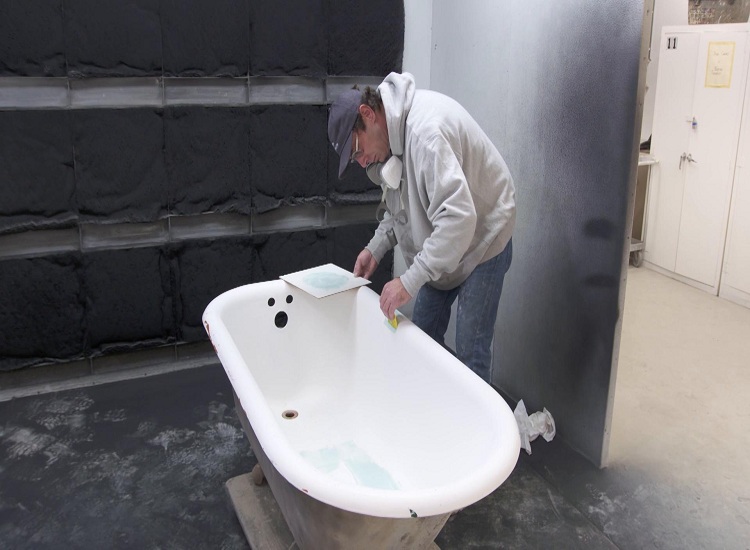 The bathtub and shower combination is the most common bathing set up anywhere. With a bathtub for soaking in and a shower for a cleaning spray of water over you, it serves the needs of each member of the family. Usually, the bathtub will have a faucet system for filling the tub, with some small toggle that will divert the water flow up into the shower faucet. A bathtub and shower unit can have separate elements, or they can be an entire molded unit. Most bathrooms will have a separate bathtub, and above it, the walls will be covered with ceramic tiles or glass tiles all around the bath enclosure and this higher waterproof area is for the shower.

The open, entry side can be blocked off either by a shower curtain, or enclosure doors, to keep the spray from the rest of the bathroom. Also, many larger bathrooms, especially luxurious bathrooms, have room for completely separate units, where the bathtub is usually a spa-style tub, large and with jets, and the shower is a walk-in shower that is beside, rather than part of, the bathtub. The most common is an alcove-type area, with bathtub and shower inhabiting the same space; these can be very plain and serviceable, or detailed and luxurious; adventuresome people can have outdoor bathtub and shower areas; the wealthy can have huge bathrooms with luxury separate bath and shower areas; and some bathtubs are made with a small, enclosed shower unit as part of them.

But increasingly common is the single unit of a bathtub and shower molded into one item. This is usually made out of hard acrylic or plastic and is one unit including the bathtub, shower walls, and sometimes the ceiling. These units are handy for hotel bathrooms as they require much less upkeep and do not have tiles and grout that need fixing or replacing every so often. If installed properly they can last, as is, for a long, long time. Their drawback is that you must take exact measurements of the area they are to be installed in and are not as versatile, size-wise, as a separate bathtub with tiled shower walls. Another drawback is they often don’t look very classy or pretty, though some makers are really bringing beauty to these wrap-around bathtub and shower units.

The bathtub and shower both have the same common purpose: to bathe in. But they do this a little differently from each other. A bathtub is for sitting and lying down, for whatever reason we need to; sometimes we need to soak our sore bodies in a hot bath. Sometimes we just want the ‘home-spa’ experience to pamper ourselves, with candlelight, a book or music, and luxury bath products. Some people are old enough or injured enough that they cannot stand up, or stand up safely, to shower and must sit in the bathtub.

The shower is the more active choice, for those who need to get clean quickly and not take the time to fill a bathtub. The shower is also the ‘cleaner’ method of bathing; in a bathtub, you’re cleaning yourself with the water you’re sitting in, and whatever comes off you stays in the water. With a shower, freshwater is continually running over you and into the drain. So people who are concerned over that little extra cleanliness will use the shower.

The bathtub and shower combination also makes it easy to do both; many people will relax for a while in the bathtub, soak their sore muscles, read or listen to music, and then when they’re done they’ll drain the tub and have a quick shower for that final cleanliness.

Bathroom Blinds – the Ones That Last

Shower Grout Repair – 3 Tips for You